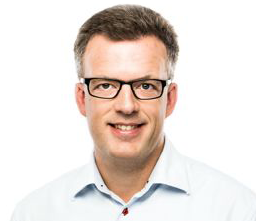 Founder
boesen@scifeon.com
On this page

In the previous tutorial we learned how to use the [array] tag and how to add samples and arrays to our workflow.
This page is about creating larger object entities, such as plates, in Scifeon through Excel.

The Scifeon parser allows for Key-Value pairs where the given value is another object. This is a recursive process and the returned object can have whichever depth you need.
To notify the parser that a given Key-Value pair containts an object, the [object] tag is used. Data to be included in the object should then be indented once. For instance, for the first object in a workflow, the Key-Value pairs should be on row B and C instead of A and B.
The object ends when the parser has finished reading the file or data on an outer layer is introduced.

The above figure (and the [demo file](Demo 5 Objects.xlsx)) shows a triple-layered object in a workflow. The yellow lines highlight tagged rows where the three on line 13, 18, and 24 are objects.
Like arrays, the parser starts reading objects from the cell down-right of the tagged cell. This results in the observed indentation as more objects are introduced.
Thus, an object called cells is property of an object called wells which is property of an object called plates which is property of the current step.
Note that the cells object ends when the parser reaches the color key as this belongs to the outer wells layer. The wells and plates objects end in the same manner when the parser reaches the results key.

Platelayers are represented by a 2D array and as such require their own [platelayer] tag to be properly parsed. A demo file can be found [here](Demo 6 S2P.xlsx)*.
They do, however, require some metadata and as such, are placed in *plates objects (with an [object] tag) - these objects contain information on the type and size of the platelayers and the individual platelayer objects:

There are two kinds of platelayers: Layouts, these are compulsory and the array is required to have the T-<\integer> form shown in the figure. There should only be one for each plates object. A:<\string>, are optional attributes and you can have as many as you like in each plates object. The platelayer objects must be of the same size and shape, which should match the metadata.

You can download the Excel files here [objects](Demo 5 Objects.xlsx) and [platelayers](Demo 6 S2P.xlsx). Note that only very specific kinds of objects can actually be uploaded to the Scifeon database as it is mostly a tool for creating platelayers and for future/custom data types.
Next we'll look at how input and output types are changed from step to step using *builders*.